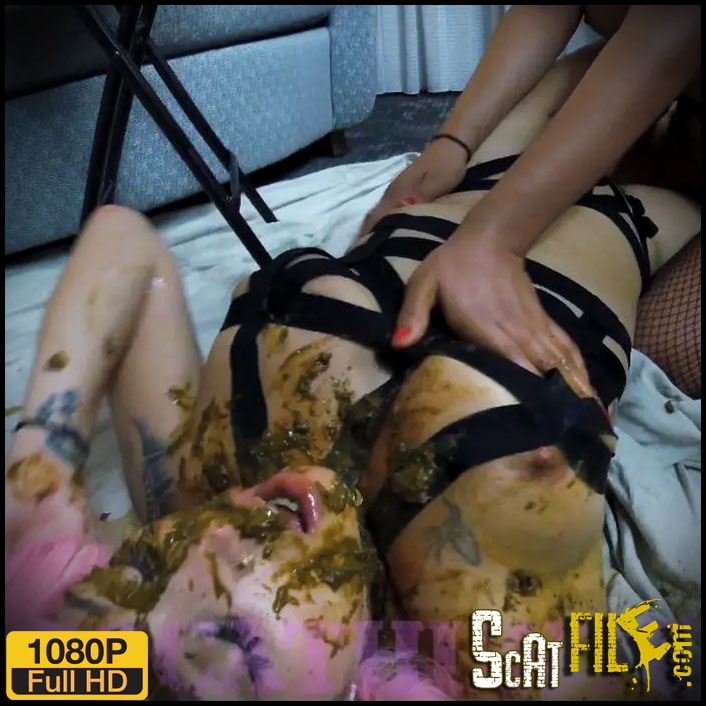 Hey guys! I just finished my review of this new release…First off I want to say the internet never fails LOL Mr Cheeks told me that people have been calling him “Poo Hefner”, and I was cracking up because its so spot on really haha! I told him it’s a great nickname, So kudos on that guys!!! Now about this movie…This is definitely the most filthy and dirty scat movie I think I have ever seen lol period. The movie is basically all girl on girl, although Mr Cheeks, was there facilitating but also had some pee and shared a shitty kiss I noticed. But It was mainly all girl on girl action 🙂 The movie features Angela and Imani both extremely beautiful girls…very horny and each of them packing a load getting very dirty together. The scene starts out with both of them having a hot intimate moment together and Imani pissing into Angela’s mouth. Then Imani starts eating Angela’s delicious ass and immediately starts filling her mouth up with something naughty…Imani handles it pretty well since its the first time she has ever had a mouthful of someone elses shit! Hehe But Imani received her load and did her absolute best…She hung in there but she begins to vomit as she takes in her load…literally puking into her ass cheeks and all over her asshole!!! I actually thought it was kind of cute and hot as well, the way it was all happening and how she did not even let it affect her at all! I think this is what turned me on the absolute most about this film! And I did cum watching this lol a few times 😛 She just kept sucking the shit out of her asshole, and slopping it down. Wow. My words really are not even doing this scene justice in how nasty and filthy and hot it really was lol If you like scat and a lot of it, this is a must see. It finishes up with Imani shooting off a massive scat load into Angela’s mouth and all over her face. (A little bit of fun, I noticed maybe a bit of a blooper even, it appears Angela’s pink wig became dislodged lol and she was trying to keep it on while playing in shit, hehehe!!! She seemed a bit confused as to which was more important her wig or sucking down scat! And I think the scat won! haha) The two of them waste no time in lapping it off each others faces, kissing and swapping shit, and totally enjoying every filthy moment!!! There was a ton of scat action and a ton of filth lol Again if you are into the messy and super filthy and dirty scat, this movie is definitely for you! I love Angela and I am beginning to realllllly love Imani and her fortitude and ability to do what she does, it’s really unmatched considering this was only her second movie! I am super excited to see more from her 🙂 Also this movie features a new second camera angle that I am not sure I have seen before, but has been confirmed! 5 scat stars, must see film 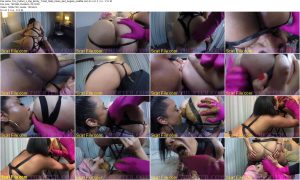