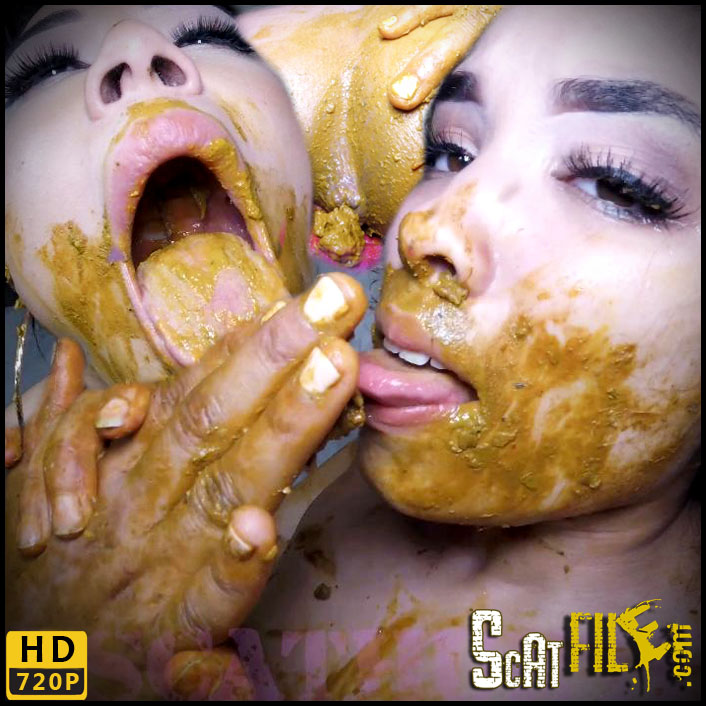 Hey babes welcome back to some of the most amazing scat content ever created! This video features Imani and the beautiful 18 year old Michelle! Imani really embraces her roll as a dominate force in this film which is right up my alley! I could not believe what I was seeing as I watched this, it has to be the most REAL reaction of terror depicted in a scat domination scene I have ever watched lol Michelle is so young and so innocent, and Mr Cheeks described her to me as a delicate marshmallow and boy is he right on point hehe He let me know prior to this film she had never even had her ass ate out or ate anyone elses ass out ever. Let’s just say there were a lot of firsts in this film for Michelle! The fear and horror that she was experiencing was really turning me on as she was dominated by Imani and her big booty full of what seemed to be never ending shit lol! The way that she continually forced it into her mouth and almost fought her at times to fill her mouth with her scat was amazing!! One of my favorite parts of the movie was when after Imani first shits as Mr Cheeks helped hold her face against her big bottom, after the initial terror of first tasting shit, she suddenly stops fighting as hard, and says wait, this actually doesn’t taste that bad! Wow! That was a great moment! At times I thought she was going to cry I really was not sure what to expect! If there was one thing this movie gives you I have to say, is absolute authenticity of the experience, of a drop dead gorgeous young girl, who is experiencing an incredibly hardcore event. I have no idea how he continually finds these women, I mean Imani is so hot, and her body is just sensational and Michelle was like one of the prettiest girls I have ever seen! hehe I happen to be Bi so I do have an eye for this thing 😉 So to see her and then her actually doing this was just utterly shocking! She actually swallows two small pieces of scat in this movie as well! As if being dominated with it wasn’t enough how about swallowing another girls shit as well! Imani just crushed her roll as well, by perfecting the art of scat swallowing, which always use to make me cringe, however now kind of has an oddly empowering vibe to it for me! This movie was just incredibly unique and I loved it, and it will forever be my absolute favorite movie. The entire movie is over 16 minutes. You can get this one with confidence knowing that you are going to see about over ten minutes of true brutal scat domination, of one of the most beautiful girls probably ever to do it! Enjoyyyy until next time :* 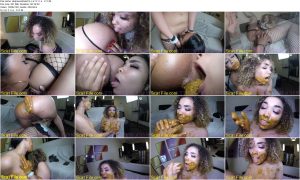