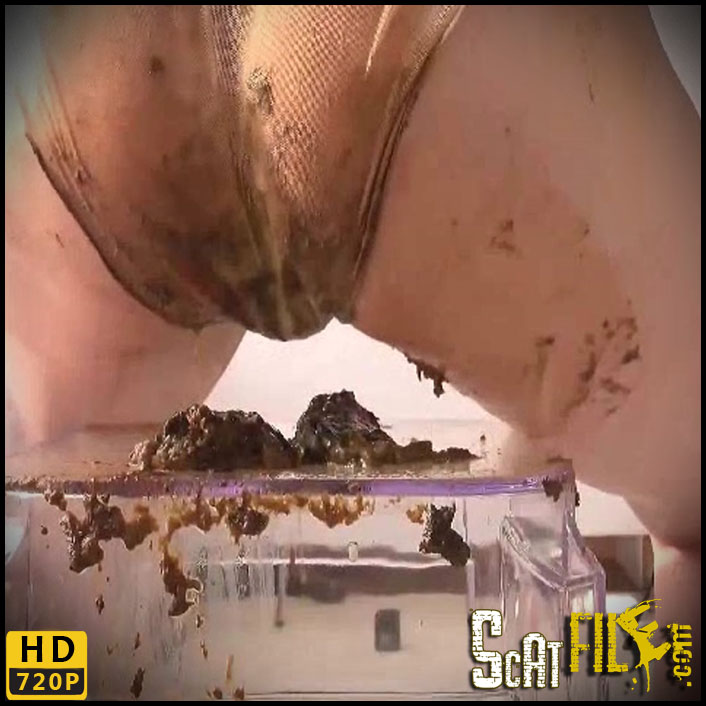 During the middle of the day, this woman feels that her stomach is acting up, so she makes her way to the bathroom only to be stopped by her boyfriend! Apparently, he is feeling aroused and could have some extensively dirty session! So, what he does is bend the woman over with her skirt lifted up and then having her poop right on her lower garments! With every passing second, more feces build up and before long, she could no longer release any more! By then, her panties are pulled down and comes out a chunk of poop that drops on the chair underneath the lady! She then proceeds to sit on it to squish it with her buttocks, consequently creating a much bigger mess! Not only that, she rubs her ass all over the mounds of filth! Though, she is eventually made to stop doing so along with standing up, but only to receive an enema! When the man is finished, he puts her panties back on her and then has her release everything, resulting in wet feces squirting all over the place! By the time she completely empties her rectum, she sits back down on the chair underneath her and then takes her time rubbing her buttocks on all the filth that she has created, creating a much bigger mess all over the place and on herself, only stopping when she gets completely satisfied with her work! 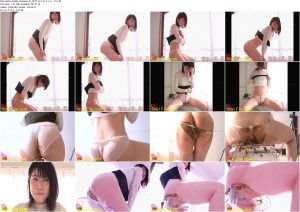