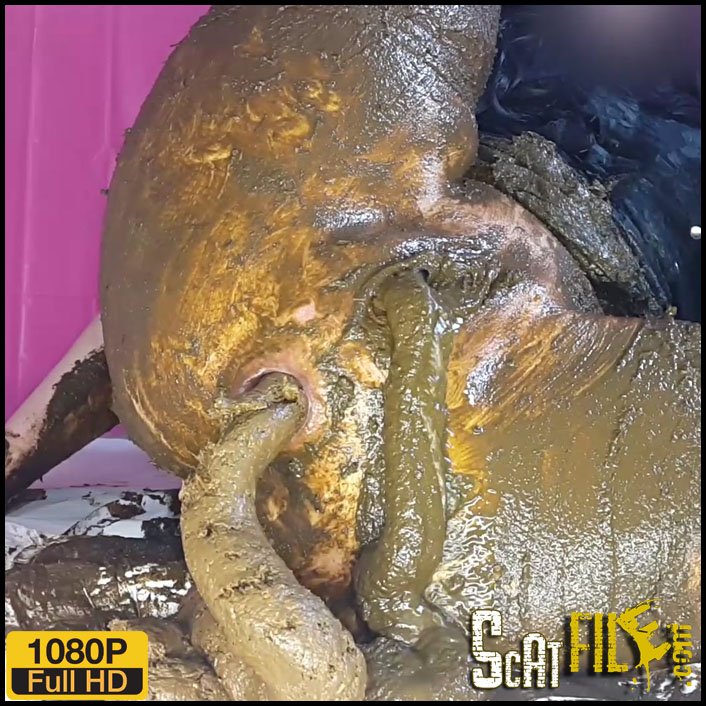 !The video is divided into 2 parts, Full compressed version is also available! 😉

Plastic box full of frozen shit and It took me a long time to unfreeze it. Shit to become soft and creamy it smells very tasty. I take some of the shit out of the box and smear it over the pussy, fill it up for a long time. This is a wonderful feeling but I really want to shit right now…so I wipe my pussy and ass with a towel a little bit so that you see everything better. I explore anal with my finger…oh yeah, it’s full of shit! So I spread my legs and push the shit out. Shit from the pussy begins to come out first, then ass and pussy shit at the same time. OMG! How come so much shit fits in the pussy? Shit continues to come out of all holes and I piss at the same time and accidentally flooded the camera a bit xD
I fill my pussy again, but this time with fresh shit and again let out shit from a pussy and a lil from ass at the same time. All the shit from my pussy I put in the box , it will come in handy later. Then I fill the pussy again and get up. I push a lot to empty the pussy from shit and urine. Take shit from the box and spread it over boobs, pussy, ass, hands and stomach mmm…enjoy 😉
xoxox 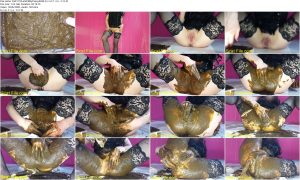