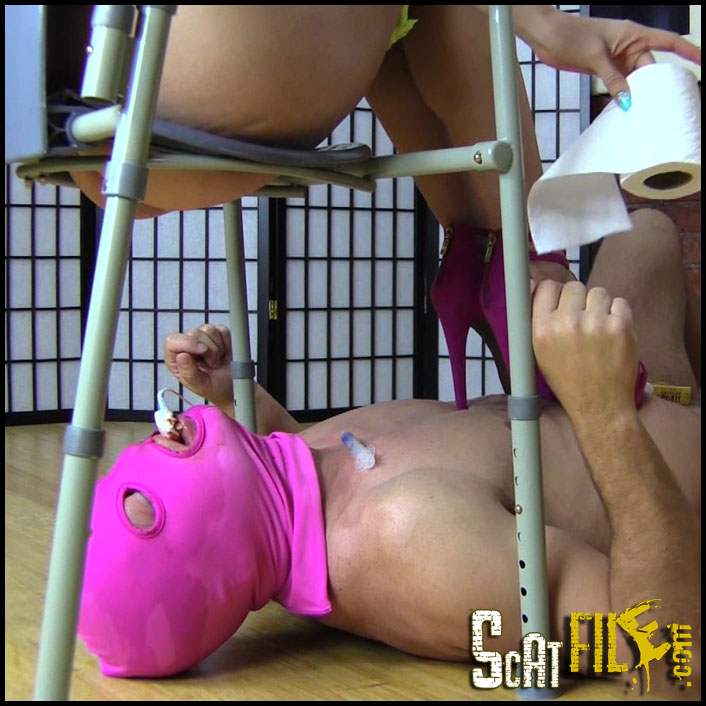 Amadahy smokes a cigarette and texts Her boyfriend while sitting on the toilet. Below Her, a human septic system lies waiting. Goddess is on Her period. She removes Her tampon and lays it on the septic system’s chest. It will be for later. She needs for it to swallow all the rest before receiving Her sacred monthly gift. Amadahy pees. The mouth struggles to receive every drop of Her golden essence. Its face becomes covered with the Goddess’ marking. Amadahy begins to have a movement. She ashes her cigarette into the toilet. Amadahy decides to insert a lube-filled syringe into Her body to remove the rest of the movement. She wants to make sure the toilet slave receives it all. After the petite enema, Amadahy goes back to shopping and texting on her phone. She greedily stuffed an extra-large pizza all by Herself a few hours earlier. It was an excellent way to satisfy Her period cravings, but now She wants it out. Fluid from the enema drips into the slave, and finally, the rest of the period-binge pizza evacuates Her body. Amadahy extinguishes her lit cigarette on the toilet slave’s tongue. It struggles with the live ember. After extinguishing, Amadahy places the butt inside its mouth. Then, She finally adds the gift of Her saturated tampon. Amadahy digs Her heels into the slave’s stomach as it fills. Its face is now covered with Her. She leaves the slave to go meet up with her boyfriend. The slave lies very quiet and still while it is alone, waiting. Amadahy returns later. She has to go again. She lights another cigarette, and again She texts while sitting on the toilet. Amadahy goes a second time. The slave tries to take it all, but misses some. It’s all supposed to go inside! Amadahy tells it to find and swallow what it’s missed. The slave obediently puts the rest of his Goddess’ shit where it belongs. When Amadahy has finished, She ignores that slave while reading an article on her phone. Occasionally, She uses its mouth for ash. 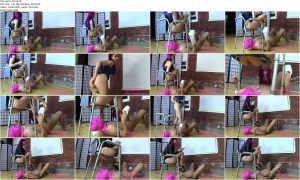