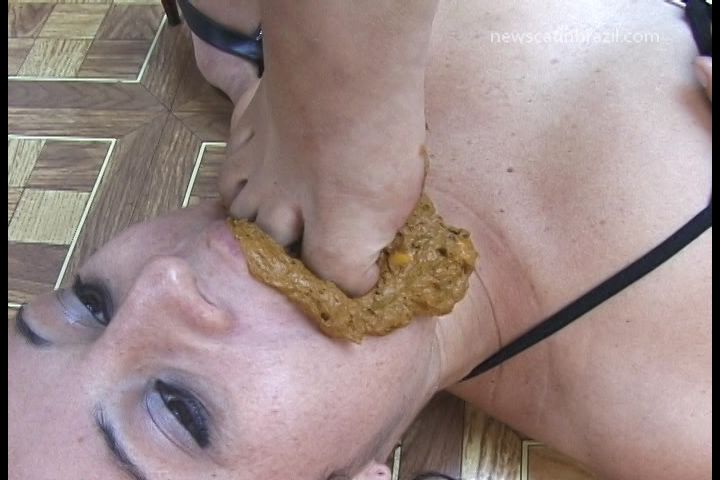 The queens Leticia Miller,Diana and Latifa, catch the slaves Bel and Karla to have fun, Leticia Miller and Latifa force Bel and Karla to suck their pussys,then they decide to go out and leave their slaves for the queen Diana to do what she wants with them, then start a scat session,Diana put Kaviar in the mouth of her slaves, but she also loves kaviar and she decides to eat with their slaves.